The Great Source of Portuguese Marble 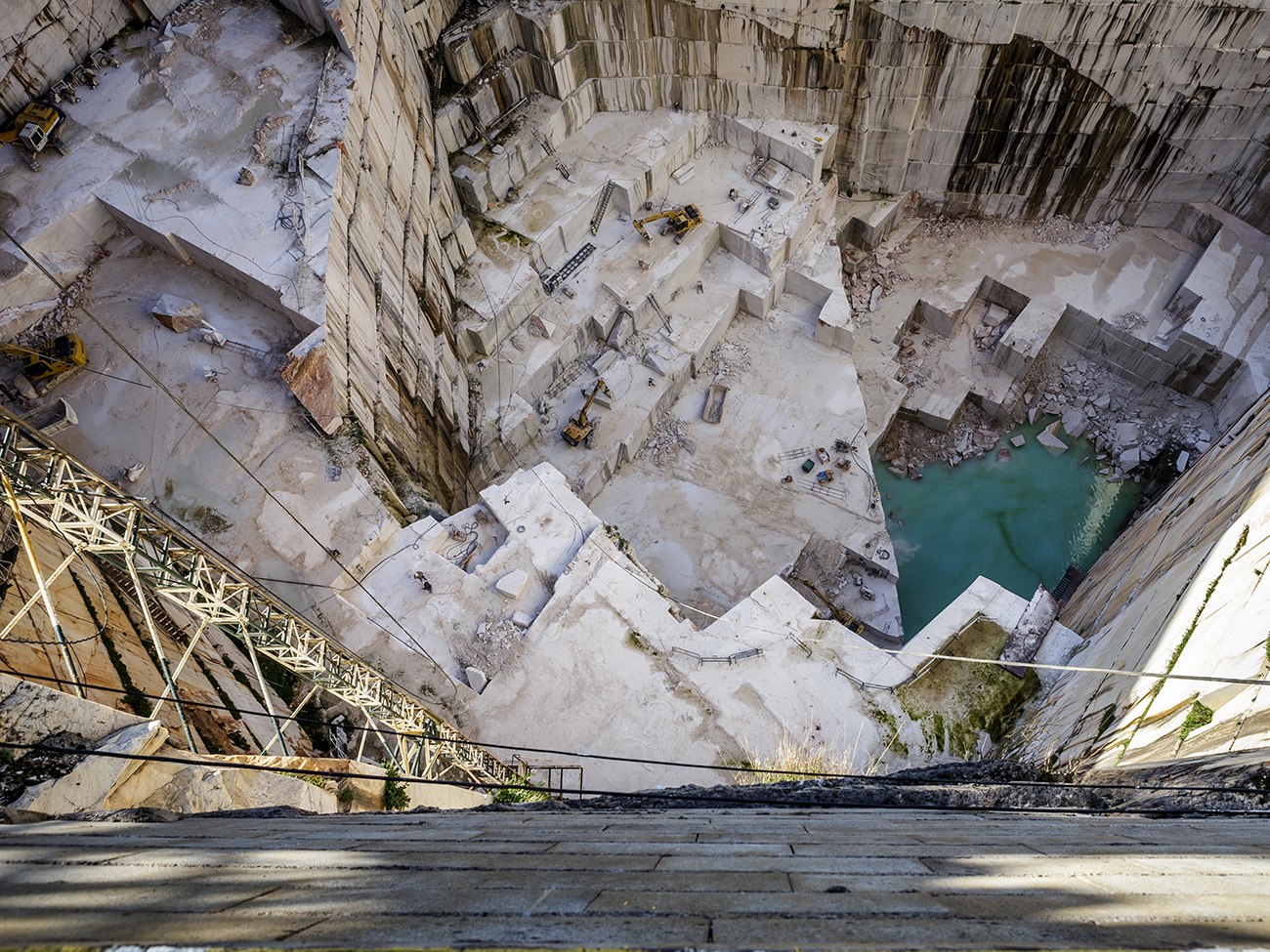 Stone extraction in Portugal has a long history. Dating back to the Roman Empire, it was used to build important monuments that can be found both in Portugal and Spain, underlining how marble had an especially important role in the architecture of that time.

The great source of Portuguese marble is a world-famous geological area called the Estremoz Anticline, located in the Alentejo region. An anticline is a geological structure created by tectonic motion exerting pressure on the rock, resulting in a type of arch-like shaped fold. In the case of Estremoz, the anticline presents in an elliptical shape (45×8 kilometres) stretching on its major axis from the village of Cano in the northeast to the Alandroal Municipality in the southeast.

In the geological and mineral landscape of Portugal the Estremoz anticline is the only geological structure that has undergone uninterrupted extraction and has been in continuous growth for the last sixty years. It is calculated that these rocks were formed through sediment deposition (fragments of other rocks transported through watercourses or wind) and materials from ancient volcanoes, which then accumulated in a sedimentary basin in mostly horizontal strata. Through the action of tectonic forces, these sediments were then transformed and deformed; creating metamorphic rocks and folds in the earth’s crust, forcing the rocks that were once on top of each other to be placed side by side. 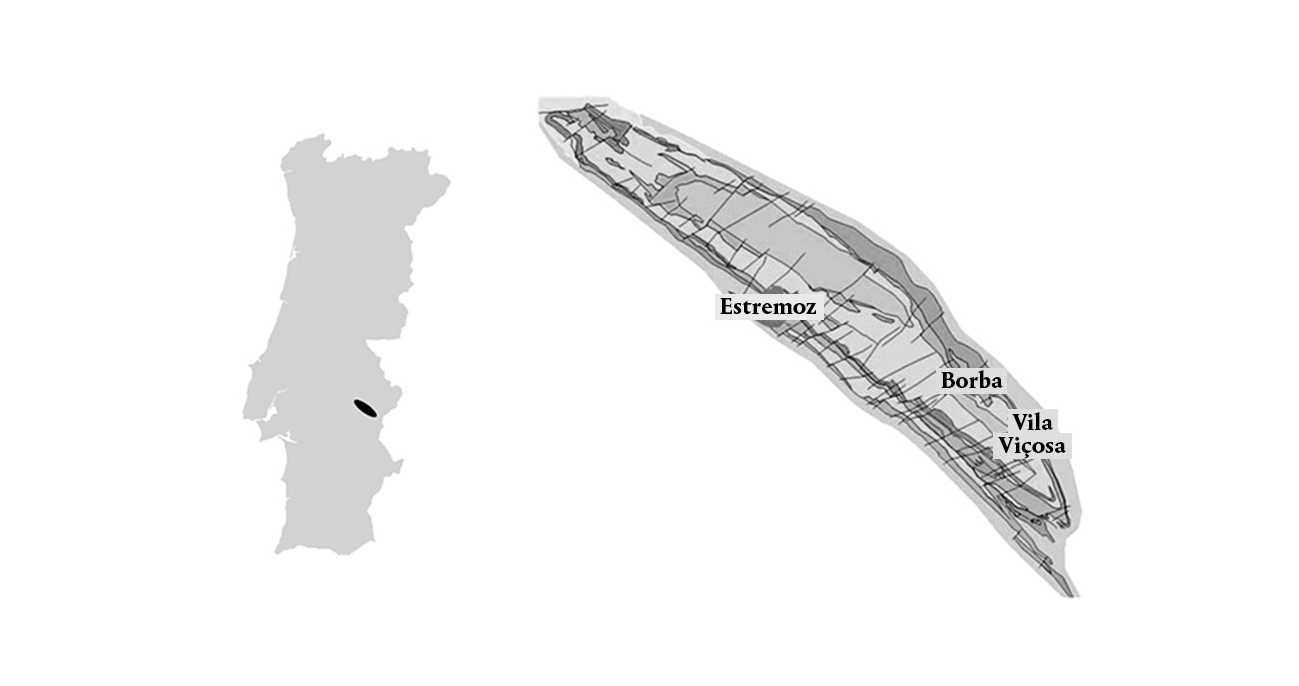 Within the Estremoz Anticline we find marble stones that trace the last six to seven hundred million years. Their unique characteristics are a result of the prolonged period of time that cemented their formation. A gentle movement escaping human perception and creating conditions of pressure, friction and assimilation that culminated in a metamorphosis, giving us the Estremoz marble stones.

To geologists, marble is a metamorphic rock made up of carbonate minerals, composed by calcite (calcite marble) or dolomite (dolomitic marble) crystals, resulting from the recrystallization of pre-existing and mostly sedimentary limestone or dolostone rocks.

It is estimated that these marble stones were formed approximately five kilometres below the level they now occupy. Under these conditions of pressure and temperature and with the interference of continental plate movement, rocks can become deformed, creating folds that are more or less regular, depending on the materials that make up the rocks. This reaction accounts for the curved patterns that can often be found on marble stones.

The etymology of the word marble comes from the Greek marmairein or the Latin marmor and means quality stone or white stone.

The Estremoz Anticline is one of the great marble extraction sites in the world. The excellence of these stones is evidenced by their chromatic diversity and physical and mechanical properties, established by the increasingly specific demands of international markets, placing the Estremoz marble stones among the best in the world.