A seabed that is almost 169 million years old

In an area of the Maciço Calcário Estremenho, located in the Serra de Aire e Candeeiros Natural Park, remnants of a Jurassic seabed were found.

This 2.000m2 area was discovered in the beginning of this new millennium and unveiled to the public at the end of 2013, within a stone quarry that had been deactivated for several years in Porto de Mós, part of the Leiria district. This stone quarry is called Cabeço da Ladeira, in the São Bento civil parish, which was formerly used to extract slabs (flat stones).

During the Middle Jurassic age, this region, which was closer to the equator, would have been submerged by a shallow stretch of ocean, about two metres thick, with relatively good light penetration and constant undulation – evidence of the separation of the Iberian Peninsula and European continent from North America – where the climate was warm and humid, with exuberant vegetation.

Geological evolution caused this region to continuously flood with an invasion of marine waters, causing the infiltration of mud and limestone sediments, which allowed for the creation of this paleontological evidence, called ichnofossils. Much later on, there was a deformation of these strata, resulting in the elevation of the Aire e Candeeiros mountain range and the submerging of the Tagus Tertiary Basin.

Today, we are presented with a sea of stone, where the ripple marks are visible, having become imprinted on the carbonated foundation. During the last few years, close to a hundred fossils have been found, including several echinoderms such as sea urchins (echinoidea), star-fish (asteroidea) crinoids (crinoidea) brittle stars (ophiuroidea), as well as trails of waves and other marine animals. 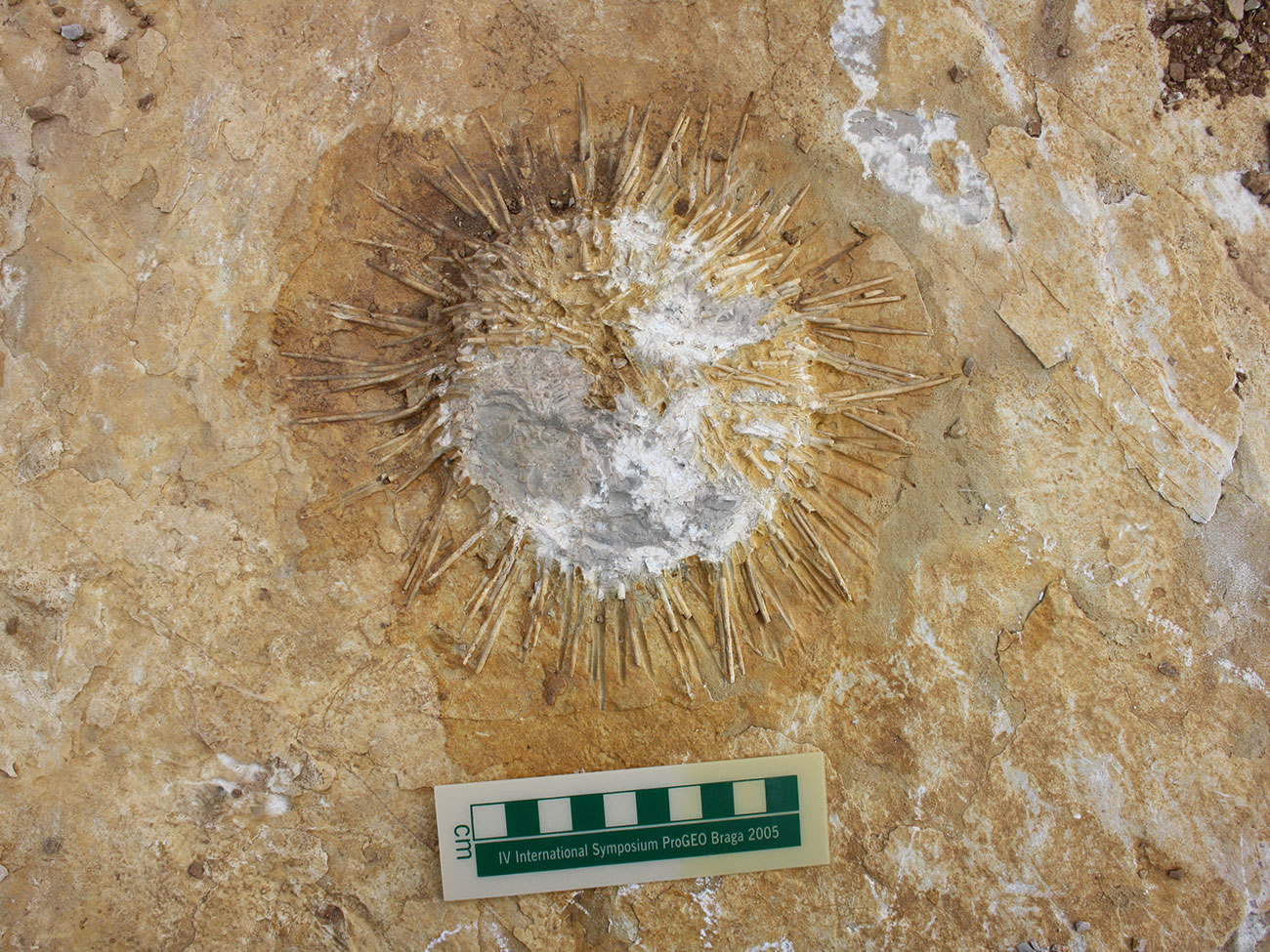 Specialists have explained that the fossils in the mineral deposit field of Cabeço da Ladeira are important because of the quality of their conservation and the abundance of moulds and fossilized remains of animals, which is unparalleled in Portugal´s geological context. The occurrence of fossilized remains of these organisms is not rare. What is rare is that these remains are found in semi-articulation, preserving their original anatomical connections. “A mineral deposit of this type is an element that improves knowledge; it is a partial photograph of the habitat at that point in time.” (Bruno Pereira, specialist in echinoderms.)

The global rarity of this mineral deposit was confirmed by Andrew Smith, researcher of the Palaeontology Department of the Natural History Museum in London – remnants of this nature, with these characteristics and from this age can only be found in one other specific area, in Switzerland.